Work on a demolition project in Liverpool was brought to a grinding halt in early August, after a large section of scaffolding buckled at the site. 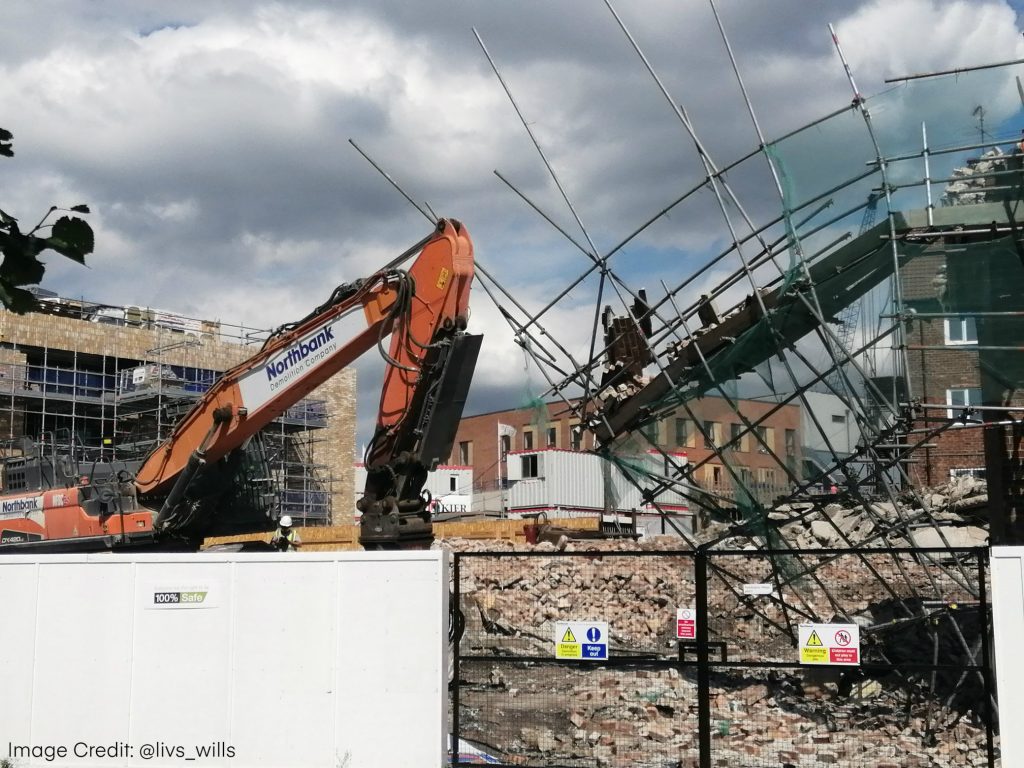 The incident occurred on Smithdown Lane on 8th August, as work was scheduled to begin on the demolition of tenement blocks as part of the regeneration scheme in the area. Images from the site appeared to show the buckled scaffolding being held in place by a digger that had been parked next to the structure prior to the collapse.

The area itself was taped off following the incident, with cars in the surrounding area re-directed away from the site as a precaution. No injuries were reported, but work came to an immediate halt, leaving workers standing outside of the site, as discussions were held on how the structure could be brought down safely.

Luckily no workers were injured at the site, but the scale of this accident could have led to much more serious consequences, highlighting the vast importance of effective scaffolding management processes during construction work.

Scaffold inspection is one of the core services that SIMIAN provides, supporting companies in ensuring that their scaffolding structure is safe at each stage of a project. Contact us today to find out more about this service.