Scaffolding brought down by roof collapse

A roof collapse that occurred in Nuneaton in early August brought down scaffolding surrounding the building, before falling into the street. 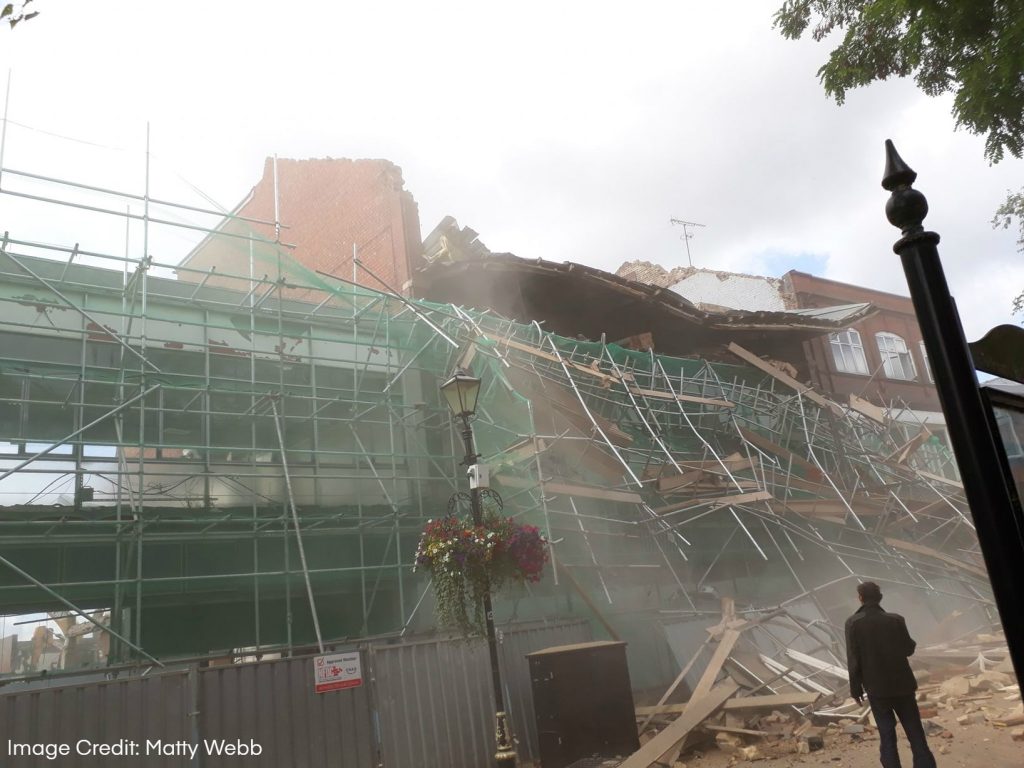 The scaffolding had been erected around a former Co-op building that was in the process of being demolished. Workers had been removing the roof when it partly collapsed, taking the scaffolding down with it. Emergency services quickly attended the scene, with no reported injuries.

Following the incident, emergency procedures were put in place to ensure the building and scaffolding was made safe, which was completed by 11pm later that day.  Speaking of the incident, Managing Director of the demolition contractor on site, and vice president at the National Federation of Demolition Contractors (NFDC) has said:

“I would confirm that a scaffold has collapsed in the centre of Nuneaton due to the unexpected movement of the building during demolition. I can state that no persons were injured during the collapse and would like to thank the quick response of the emergency services and Nuneaton Borough Council immediately after the incident.”

An investigation is now underway to determine the cause of the collapse, as well as addressing how the demolition can recommence in a safe manner. Results of the investigation will be submitted to the National Federation of Demolition Contractors (NFDC), so that future incidents like this can be avoided.